When a Cub Scout wears his uniform, he is showing the world that he is a member of this youth organization. The patches he displays further identify him as a member of a specific Cub Scout pack. They tell of his accomplishments, achievements and experiences, letting others know that he worked hard to achieve his goals.

Where to Place Temporary Patches 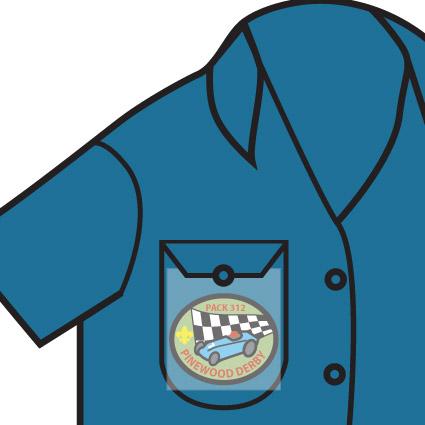 A Cub Scout receives a temporary patch for taking part in special events and for attending others. This type of patch is displayed on the center of the right front pocket of the uniform shirt.

Cub Scouts often make or purchase a red vest or blanket where they display all of their temporary patches.

The Placement of Permanent Patches on a Cub Scout Uniform

While certain patches and insignia are worn by all members of the Cub Scouts, there are others that are worn based upon the scout's level, rank and achievements.

On a Cub Scout uniform, patch placement is an important part of creating the unified feeling of being a member of the Cub Scouts. The placement of the patches a Cub Scout wears on his uniform must be in accordance with the guidelines of the Boy Scouts of America. Uniform placement guideline sheets are usually available from local scout stores. In addition, the following resources include information and guidelines regarding proper Cub Scout patch placement:

Cub Scout membership and the accompanying achievements are something to be proud of. With the correct patch placement, scouts can look their best and be at ease in any situation in which they will be wearing their uniform and showing off their hard-earned patches.