Are you interested in Civil War clothing especially what children wore? To see children's clothing from this time period visit places like Gettysburg, where reenactments occur annually and tour guides dress up daily. Most clothes bought or made for children in order to perform reenactments are less constricting than the clothes the average child would have worn in the 1860s, but still decidedly specific to the period represented.

As is common for most eras until very recently, what children wore in the 1860s varied depending upon their parents' social status. Since many of the differences were in the fabrics and embellishments, however, it is possible to break down the clothing by gender to give an overall sense of the look.

Traditionally, fabrics and colors were brighter and bolder in the South than the North. As the war progressed, however, this changed quickly. Instead of new clothing, parents had to mend old clothes and there was much reliance on hand-me-downs.

Despite this, there were strong attempts made by parents to keep their children looking as well-dressed as possible. Both sides were united in wanting to preserve children's innocence and show that they were not to be easily beaten. 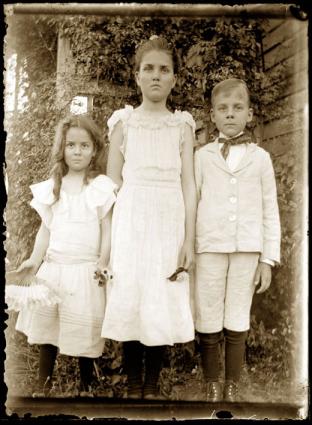 In the 19th century, boys wore dresses for the first five years of their lives - something that had been done for centuries. Then they were "breeched," meaning they gave up dresses and started wearing breeches, marking their entry into a man's world.

The 1860s saw the beginning of knickerbockers as boys' wear. These were wide-leg trousers that buttoned at the knee and came with a matching waistcoat and jacket. Boys wore white shirts and bow ties. Leg wear was long stockings and low-cut boots. Essentially, boys dressed to look like their fathers with the difference being that their jackets and trousers were shorter. They might also wear a cap, rather than a hat. 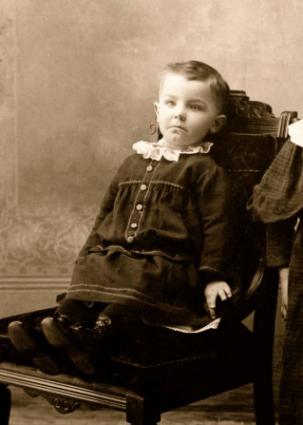 On the face of it, Civil War clothing for girls looked very like what their mothers were wearing. There were strong, subtle differences, but one important point to keep in mind is that girls did not enjoy any comfort in their dress (and wouldn't until the 1910s).

A girl wore several layers, starting with a chemise - a smocked undershirt that fell to just below the knees. In the 1860s, this was then tucked into long drawers, which were usually heavily embellished at the ankle, as they were meant to show. Above the drawers were stays. While not as constrictive as a corset, this was still a boned garment designed to begin shaping the girl's figure. It was buttoned to the top of the drawers, which could make using the outhouse a laborious activity. Then a girl added a short petticoat which could be made of heavy layers, horsehair or steel hoops, all designed to hold out her dress in the shape of a bell.

Dresses came up to the neck and were distinguished from older women's dresses by buttoning up the back, rather than the front. Sleeves were commonly long even in summer, although the fabric would then be a lighter cotton. Skirts fell to just below the knee and these would be gradually lengthened until the girl was eighteen. Girls and women both wore high-topped boots that had to be fastened using a hook. 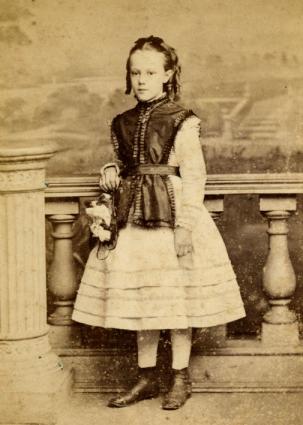 The most common accessory during this time period was a hat. Bonnets were very common, and, like dresses, ranged from everyday cotton to a fancy, patterned bonnet with ornaments on it. For fancier occasions outdoors, a hat with a ribbon under the chin may also have been worn. Bonnets were most often taken off indoors.

Another common accessory among girls and women were pins or ribbons worn on the lapel of one's dress. Since necklines were notoriously high during this time period, girls ornamented the bodice of their dresses with buttons, ribbons and pins to give their tops interesting lines and ornamentation. 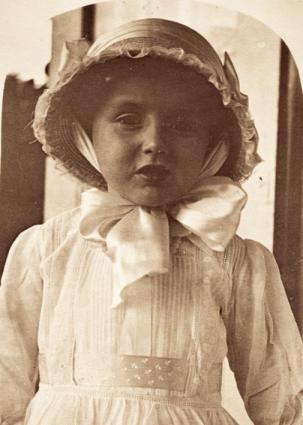 When acquiring Civil War clothing for reenactment, you may choose to abandon some of the more awkward and uncomfortable details so children can relax and have a good time, as well as learn something. Here are a few options for the purchase of Civil War clothing specifically for children:

A Unique Time in American History

The Civil War was a unique time in American History. The country was divided into several distinct groups of people, whether you are talking about Northerners versus Southerners or boys versus girls. Whether your child is interested in this era or you are interested in reenactments, you can purchase a realistic outfit from this time at a store or online.