The post-World War II baby boom helped make way for changes in 1950s kids' clothing. In America, it was a time of prosperity, so children were less likely to be dressed in hand-me-downs or clothes that were continually being made over. Fashions for both boys and girls were very different from previous generations.

Even in America, very few children were allowed new clothes during the war. Like their older siblings and parents, they subscribed to the "mend and make do" philosophy. Many adult clothes that wore out were refashioned into children's clothes. Practicality was all that mattered. 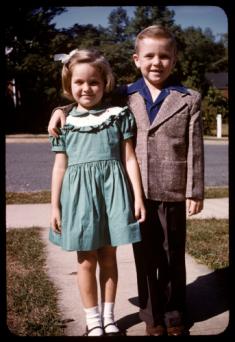 This all changed in the boom years of the 1950s, although it could be said that practicality simply mutated. Natural and synthetic textiles were used in new and different ways, says Vintage Dancer. Denim and chambray began to show up in kids' clothing, as did Indian Head Cloth (all-purpose cotton), which often featured novelty prints. Corduroy also gained popularity.

Boys' clothes needed to be sturdy to hold up to their activity. As such, they began to be allowed to wear jeans to elementary school. Even some girls wore overalls, although most schools frowned upon girls in trousers. Clothes were increasingly made of manmade fabrics, which were easier to care for. Gradually, children were beginning to dress more like older boys and girls, although parents and the fashion industry were still strict about age-appropriateness.

Now that there was the luxury of more, a designation was made between school clothes and "play clothes." Even if a child did not wear a uniform to school, she usually came home and changed into active clothes for the rest of the day.

There were some styles that stood out for girls in this era. 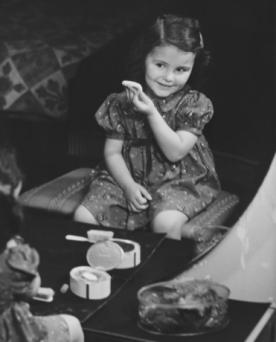 When we think of 1950s kids' clothing, we picture girls' short, frilly dresses. One advantage for those who collect vintage clothing is that by the 1950s, a girl could have a special party dress that was often saved when it was outgrown, rather than given away.

The ideal party dress rustled and came with net underskirts. It usually had a tight bodice, short puffed sleeves and a full skirt. This was very similar to women's dresses, except of course that girls' bodices were much more modest. A page from a 1950s-era Sears catalog shows a variety of holiday party dresses for older girls.

Pinafores were a common feature of both day and party dresses. Originally, they were more like aprons and designed to keep a dress clean while a girl was helping with chores. Later, however, frills were added and they became an integral part of an outfit.

Little girls were slowly transitioning to two-piece outfits for daywear, like their older sisters, but dresses were still much more the norm. A simple cotton day dress might be covered by a hand-knit sweater or cardigan, creating the effect of a top and skirt. Also hugely popular were the skirts with suspenders worn over a blouse, as typified by the character "Eloise." 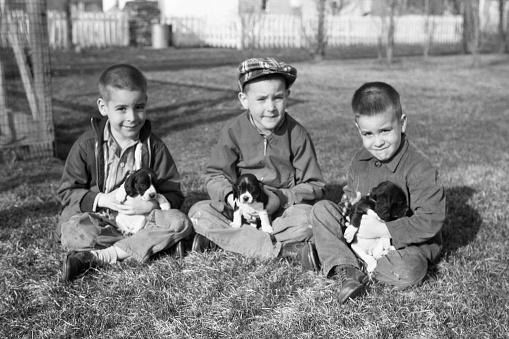 You can still see good examples of 1950s kids' clothing for boys on the endless reruns of Leave It to Beaver. While girls were still stuck in fussy clothes, boys enjoyed a lot more freedom.

Previously, they had to wear short pants all the time until their teen years. Now they could enjoy jeans and long pants for nearly all but the dressiest occasions. Little boys rarely wore ties anymore, and could even enjoy shirts without collars for play wear. They also wore hand-knit sweaters and cardigans and throughout the decade increasingly abandoned well-tailored jackets. Caps were still worn but again, these became less and less the norm.

Although conformity was the guiding principle for everyone's dress, boys were able to enjoy a level of comfort and casualness that they hadn't before and that girls would not share for another few decades. You can see examples of several types of boys' clothing from the 1950s at The People History.

The 1950s weren't so long ago that you can't still find clothing in similar styles today, whether vintage or reproduction.

Amazon has a little of everything, so of course 1950s-inspired kids' clothing is there, too.

Boden doesn't focus on 50s-style clothing, but they do have a few classic pieces that fit right in with that decade's most popular styles. There are pinafore dresses, frills, and fabrics like corduroy that make it easy to put together a 50s-inspired look. 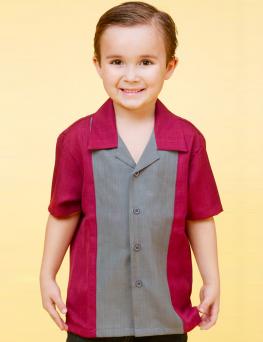 There's not a lot at Daddy-O's for kids, but there are some shirts little boys might like to wear. They're all fairly similar in their basic casual, short-sleeved button-up, collared design, but the details differ. All of the shirts are around $30.00. You'll find:

Vindiebaby carries vintage everything for children. There are dresses, swimsuits, tops, and bottoms to choose from. Check out:

While many women in particular swoon over the well-dressed children of the 1950s, those who grew up in the era are less fond. They describe the constant itchiness of the crinolines, the way play was restricted because they had to be careful of clothes and socks that constantly slid down into shoes. A 1950s-style dress for a party can be nice for a little girl, but it's best to keep it to special occasions - and find a soft crinoline. Replicas and 1950s-inspired styles will be much more comfortable for today's children.