Changes in children's clothing styles were part of the shifting cultural landscape of the 1920s. Though fashions for children changed less drastically than those for men and women, the trend was toward clothing that was made especially for kids and their unique needs.

Before World War I

Prior to World War I, children still dressed more or less the way they had for centuries: like small adults. While shorter dresses for girls and sailor suits for boys appeared in the mid-19th century, the idea of clothes specifically designed for children did not take hold until much later.

By the 1920s, children's clothes were designed with children's needs in mind, with a focus on comfortable clothing that would let kids play more freely. The Roaring Twenties was an era that emphasized liberation, and this was reflected in clothing trends for men, women and children. 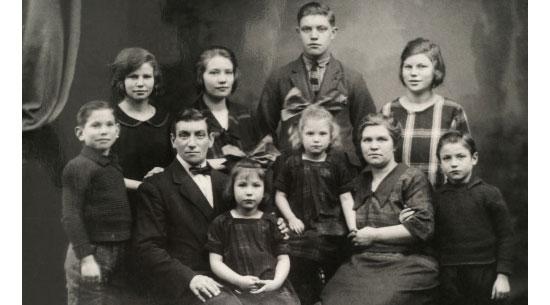 Clothing designers maximized comfort through simpler styles. Whereas for decades people had worn multiple layers, a 1920s summer outfit might consist of a single layer over underwear. Even in winter, clothing was kept streamlined with minimal layers. Common outfits included wool dresses worn over stockings and a long knit underwear suit with a knitted sweater and jacket on top. 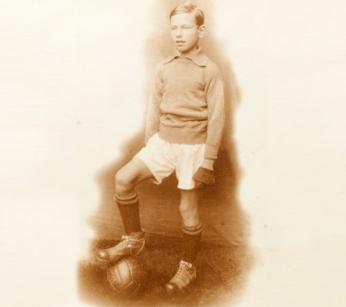 Velvet, lace, muslin, and silk, used for wealthy children's clothes, were set aside for special occasions. In the 1920s, children wore clothes made of cotton and wool, with knit jerseys, cardigans, serge skirts, and shorts being common.

Cotton and wool were sturdy fabrics that could stand up to the weather and hold up well to rough and tumble play. Finally, kids could feel free to run and play as they liked without worrying about their clothes. Clothes that didn't require careful washing, starching, and pressing were also a boon for busy mothers.

Styles for Children in the 1920s

Clothing styles for both children and adults became less ornate and more practical. Styles changed for both girls and boys, but since girls had spent many centuries wearing restrictive clothing, they reaped the most benefit from the new fashions. 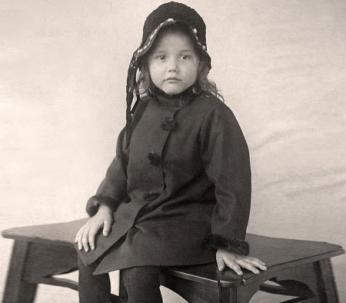 Girls' dresses became short, loose, and made of cotton. Light cardigans were often worn over them. Summer shoes were usually made of canvas, making them lighter than the hard boots of the Victorian age. In winter, girls wore a heavy sailor suit or a serge skirt with a sweater, often with a matching beret. A knitted suit of long underwear went underneath and included attachments for holding up long stockings. After centuries of having long hair, most girls started wearing their hair short, often in a bob cut which they could have done at home. A big bow or ribbon adorned the simple style. 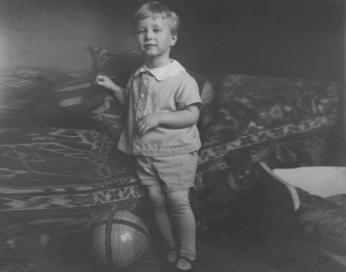 Boys wore knickers, or knee-length trousers, all year round. Gradually, these trousers grew shorter, so boys had bare knees through early adolescence. In summer, they wore ankle socks with canvas shoes or sandals, and in winter they wore heavy knee socks. Boys also wore lots of knitted pullovers and cardigans. For school, they still wore suit jackets and ties, but these were much less restrictive than before. Special occasions might warrant a sailor suit or something made of velvet, but these were less fussy than their counterparts of the Victorian era.

Where to Buy 1920s Styles for Children

Perhaps you and your kids like the 1920s styles, or perhaps you want to take your children to a costume event. You can find several excellent sources online for buying vintage 1920s children's clothing or reproductions. If you're handy with a needle and thread, you can use sewing patterns to make your own reproductions.

There are several sellers on Etsy who offer vintage children's clothing for sale. Many of these sites also feature shoes and accessories.

On eBay, you'll find an excellent selection of vintage 1920s clothing for children. Whether you're shopping for a cotton Baptismal gown for a little girl, a boy's sailor suit, or swimsuits, you'll stand an excellent chance of finding all of it and more.

This website has a page devoted to vintage clothing for kids. You'll find cute 1920s outfits for babies and young children, including baby bonnets.

If you're interested in reproductions of 1920s-era kids' fashions, then you will want to check out Vintage Dancer. The website features an outstanding clearinghouse of links to items like hats, dresses, skirts, sailor suits, and knickers from Nordstrom, Amazon, Brooks Brothers, and Target.

The Spirit of the Age

It's important to realize that the fashions associated with the Roaring Twenties, such as flapper dresses, were for adults only and not for children. The Victorian idea of the sanctity of childhood became even more firmly expressed in 1920s children's clothing. Just as a girl wouldn't wear lipstick or high heels, neither would she wear the elaborate, more revealing clothing of her older sisters. Childhood was a time of innocent fun, and this perspective was expressed in the simple styles of the era.